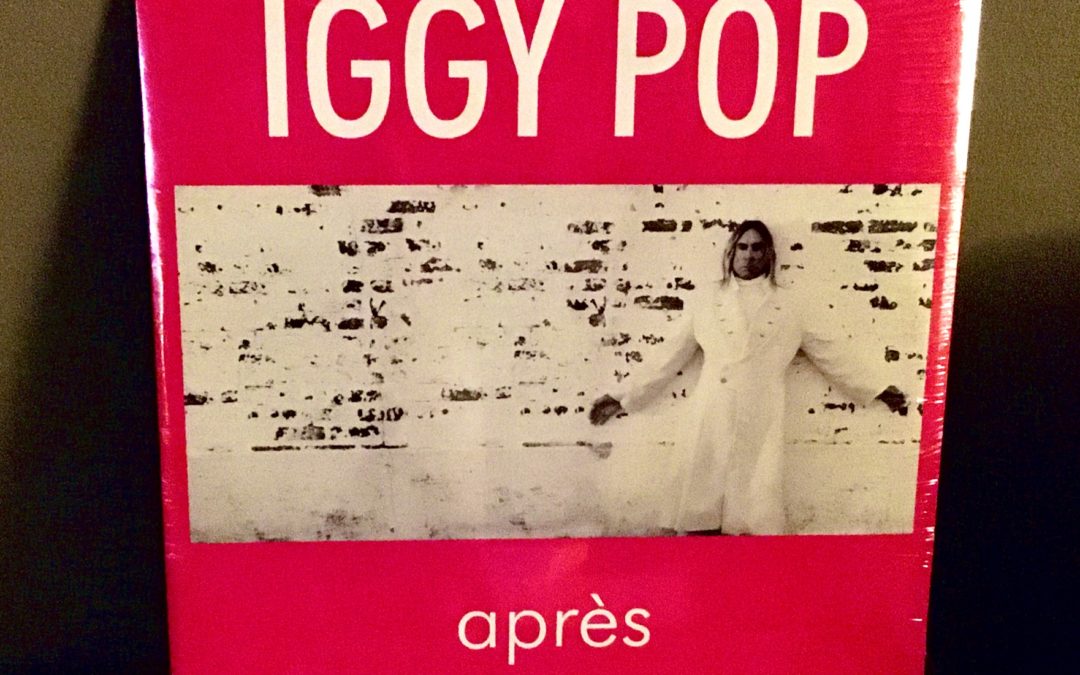 “Is there an album in your collection that not many people know about, but which is definitely worthwile? I’m looking for it for my radio show.” It was a recent Facebook post by Dutch radio host Leo Blokhuis that made my mind travel through my record collection.

Some records are so common that every charity shop is buried in them. (Paul Young’s “No Parlez” for example. Although it’s hardly his fault more than 900.000 copies rolled off the presses in the 80’s in the UK alone).

Actually I knew immediately which album I wanted to propose. About two years ago a cover of “La Vie En Rose” popped up on my Spotify Discover Weekly. A version by Iggy Pop that I hadn’t heard before. I loved it so much that for the next few weeks I listened to Iggy’s cover album “Après” on repeat. In the car, at work, under the shower: Iggy was everywhere. Favourite, apart from “La Vie En Rose”: “Everybody’s Talking”, a cover of the Harry Nilsson classic. It was like I genuinely heard that song for the very first time. Same for the cover of The Beatles’ “Michelle”. The Johnny Cash effect. And apparently I find myself in good company, because even Bob Dylan has said he thinks it’s a good album!

The strange thing was that I was working for a music website at the time but hadn’t seen or heard of this album before. And nobody I asked knew it. Why was that? I decided to dive in a bit deeper. And found an amazing video showing the punk icon mowing his lawn.

For health reasons, Iggy – so he says- has been slowing things down a bit in the recent years. He practices Tai-Chi on a daily basis and, inspired by Michelle Obama, enjoys working in his vegetable patch. This new way of life changed his voice and his ambitions: he wanted to try if he could sing his favourite songs from his youth. During his shows with The Stooges he was bouncing around the stage as usual, but at home he was in the studio, recording beautiful versions of songs like Sinatra’s “Only The Lonely”.

In 2009 Iggy released the album “Préliminaires”. On this album he was already experimenting with different styles of music and covers. His record label Virgin EMI however wasn’t interested in releasing the more Jazz inspired “Après” as well. “They didn’t want it. They didn’t think they would make any money, they didn’t think my fans would like it – very sensible attitudes for a sensible sort of person – but that’s a different sort of person than I am.”

Because Virgin EMI turned the album down, Iggy released “Après” on his own label, Thousand Mile, Inc. and worked together with French label Le Rat des Villes. On May 9th, 2012 the album was released. It was available for downloading on several platforms and fans who wanted to buy the CD could do so via the French website Vente Privée. In June 2012 a version on vinyl was released.

I haven’t been able to find out how many CD’s and vinyl records of “Après” were ever pressed. But it’s clear that both versions are not easy to find ‘in the wild’. I had ordered the CD from website Fnac, but after weeks of waiting it turned out not to be available. And after a year of browsing bins in record shops, asking around at record fairs and hesitating, I decided to fork out the steep online asking price and gift myself this record.

Curious about what it is that makes “Après” so special? Apart from the warmth of Iggy Pop’s voice, his American pronunciation of the French language and the relaxed arrangements, it mainly is because of the selection of songs:

But there’s something else, something I hadn’t realised until reading the liner notes on the album. Iggy explains why he wanted to make this album: “All popular music forms of today get their strength from the beat. Rap, hip-hop, metal, pop and rock producers will tell you that the beats they us imitate the human heartbeat and that is where their power lies. The feeling of listening to any of these forms is always some variation of excitement, but before the birth of the blues there was another form of popular song, in which the timing comes from the human breath and the feelings are much more about emotion. These older ways of expression were known variously as bel canto, chanson, plainsong, or just folk music. I’ve always loved this other feeling, one that is intimate, sometimes a little sad, and does not try to beat me on the head. So I wanted to sing some of these songs myself, hoping to bring the feeling I felt as a listener to my listeners through my voice. Many of these songs are in French, probably because it is French culture, which has most stubbornly resisted the mortal attacks of the Anglo-American music machine.” It explains why this record sounds so calm and relaxed. The combination of Iggy’s voice and the music have an almost meditative effect.

Had you heard of “Après”? Let me know what you think! You can listen to the record on Spotify, download it and there are a few recordings floating around on YouTube. If you’re looking for an LP or CD, it will cost you an arm and a leg. But it’s worth it. Believe me, listening to “Après” makes you feel as Zen as a punk rocker in a vegetable patch.

On the 19th of April 2020 I was invited to talk about the album on a Dutch radio show with host Leo Blokhuis. You can listen to it here.